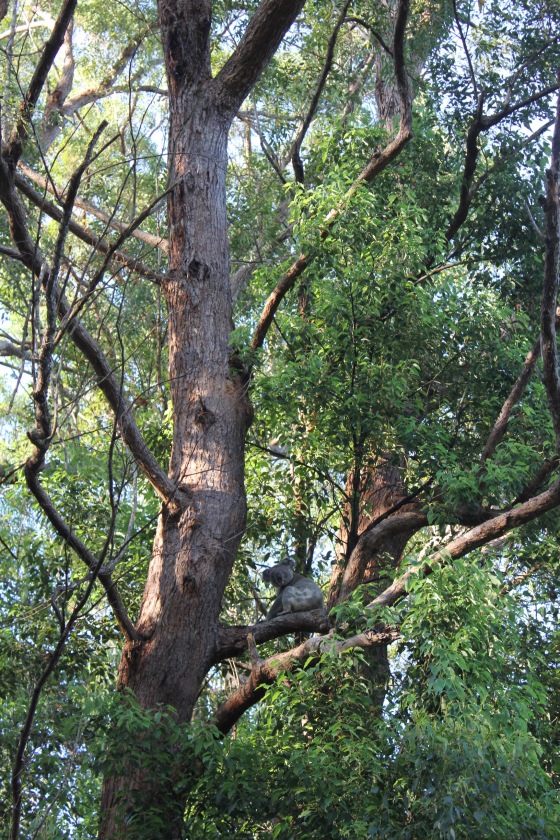 A koala is not a bear, but they are absolutely adorable and fascinating marsupials. It seems like this one has claimed the territory around our house and property and we’ve seen (him) a few times in the last weeks. We hear a lot of grunting snorting at night which is more evidence of koala presence. The first night Lily remarked she had heard the weirdest frog on the night! When we spotted Sir Koala in the morning the mystery was solved. It’s so precious for me, as growing up in WA there are no wild koalas about and I had only seen a couple in the wild (Adelaide, Rosebank,) until I moved to NSW 6 years ago. I have only seen about 6 wild koalas since then so it’s excellent to see this plump patchy grey fella just outside. They perch on some thin branches and snooze swaying some 25 metres above ground. When they wake up and stare placidly with their endearing fluffy ears and comical nose I can’t help but be cheered! We did rescue a baby koala after a flood, when Lily was three, which was incredible to nurse the little one on my lap after we paddled home. We had been out boating looking for the lost pieces of our friends bridge when I spotted “a puppy in that tree” my brain could not comprehend immediately what I was seeing. Koala habitats are greatly endangered and I just read our local Koala habitat protection zones where reduced by 40.\’ At least one or two are safe on this land we stay on thankfully!

I source alot of our books from here

What I muse about…

looking for something specific?